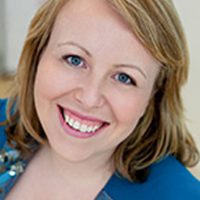 Emma Insley is a leading expert on the organisational shifts that are required to unlock high value giving and make the leap in growth and impact. For 21 years Emma has worked within the non-for profit sector as a volunteer, fundraiser, grants assessor, CEO, consultant, trustee and chair.

After working as a fundraiser for the national disability charity Scope (where Emma first met Bonnie), Emma was appointed to her first CEO role with the Log Cabin at the age of 27. Here she oversaw services to 600 children a year and employed a team of 20. The organisation was facing insolvency, but within three years Emma had built a diverse income portfolio and doubled turnover.

Emma then moved on to become CEO of Get Connected, a national helpline for young people, and oversaw services to 16,000 beneficiaries. She seized the potential to develop digital communication channels and a new brand, which inspired supporters to commit to six-figure multi-year partnerships.

Emma became an independent fundraising and organisational development consultant in 2010. Now she helps organisations lay the foundations for high value giving by making organisational shifts. She specialises in developing fundable projects and impact measurement that are required to make a step-change in growth and impact.

Emma is also Chair and Trustee of aGender, which works with young people through creative media to shatter stereotypes. She lives in East Sussex and enjoys its beaches, castles and open spaces with her two children. She has also recently discovered her green fingers and is attempting to tame and cultivate the family’s large garden.